Sometimes I do love to experiment with different vegetables and see how things will turn out. This recipe is not a Palestinian one per SE, but it’s inspired by my Palestinian food passion.

Early on I wasn’t a big fan of green cilantro. I loved the Pico de Gallo (Mexican salsa) but never really cared much for cilantro. Then suddenly, and not sure how my taste buds completely changed, I started loving anything and everything with cilantro.

The first thing to do is to broil eggplant. Turn broiler on, broil eggplant in one piece, only cut few slits through the eggplant skin, place it on a baking sheet and broil for about 30-4o minutes, then flip to the other side for another 15 minutes. Make sure the inside is very soft. (if you’ve made baba ghanouj follow the same method for broiling eggplants). I usually use my toaster oven for this step.

Peel skin out once eggplants cooled off.

Meanwhile, saute onions in heated oil until golden, then add chopped red bell paper. Integrate everything together on medium heat for few minutes, then cover, turn on low and keep occasional stirring and until bell peppers are very soft. This process might take up to 30 minutes. Red bell papers do take some time to soften. It’s critical for this dish that they turn soft.

Cut eggplant after peeled into small pieces and add them to onions and pepper, add salt, black pepper and allspice sauté for a couple of minutes, then top it off with chopped cilantro. Be generous with the cilantro. 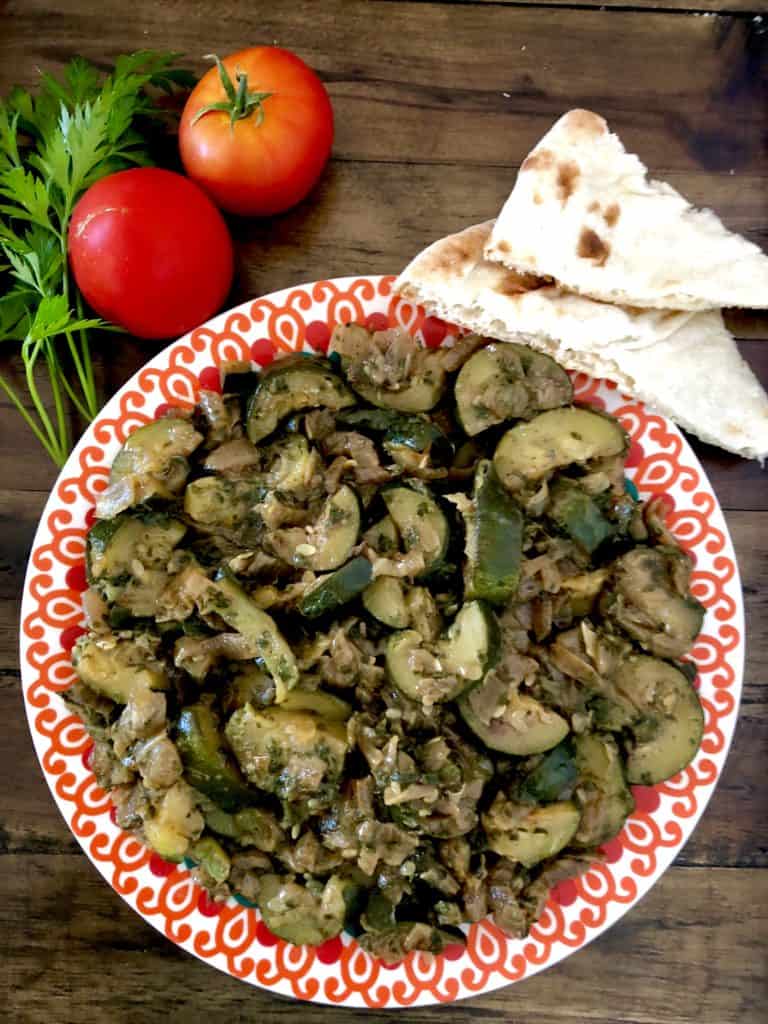 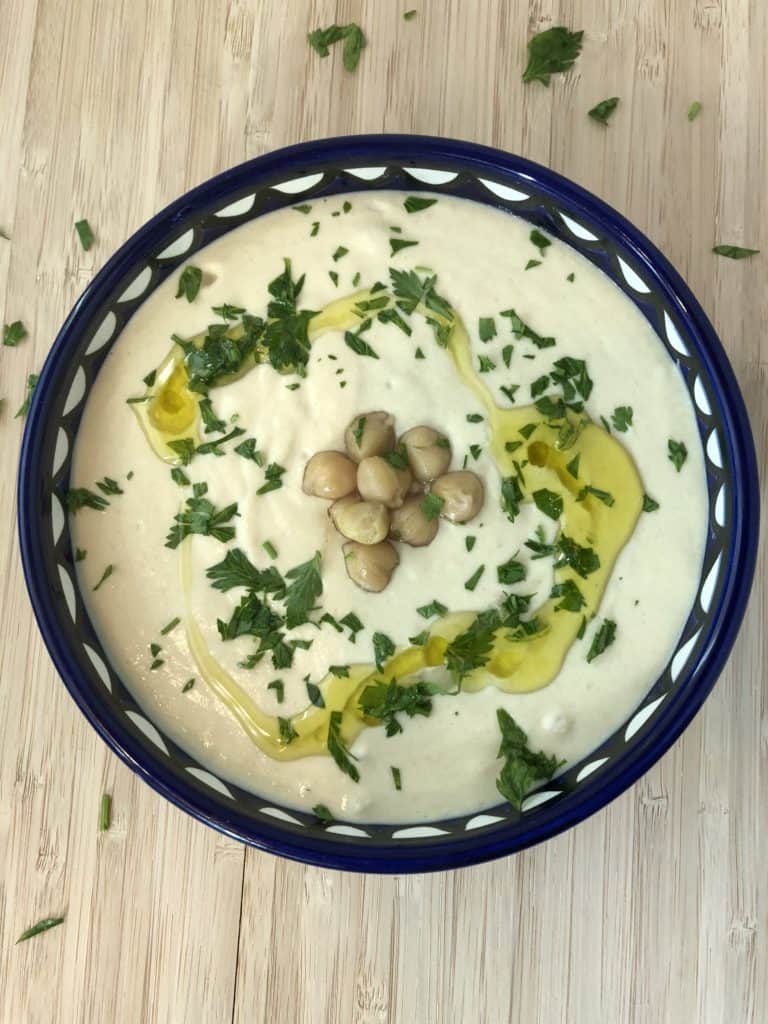